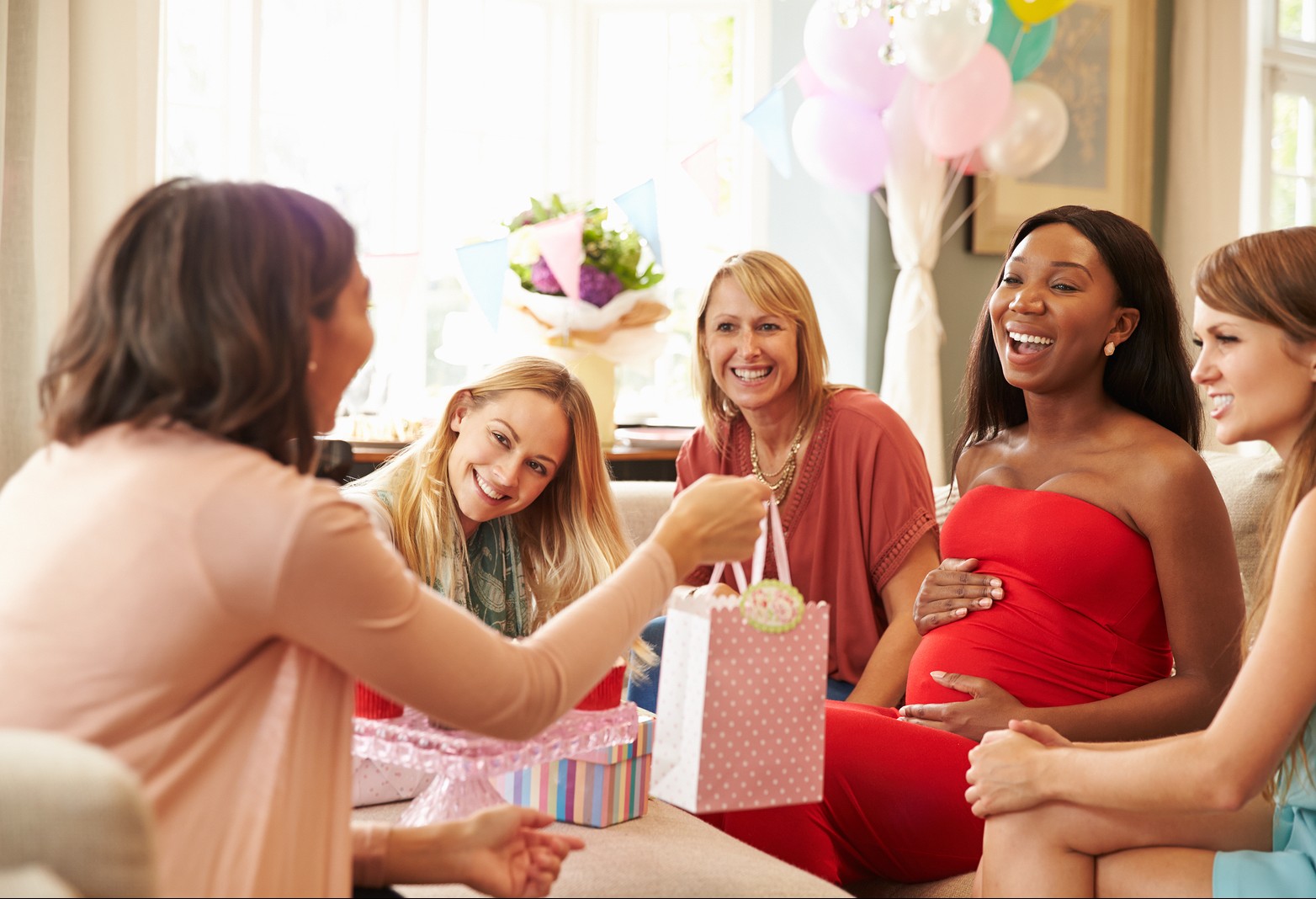 With gender reveal parties being a relatively new idea and growing in popularity, people are often questioning what the “rules” are in hosting one. For baby showers, people expect to purchase a gift off the registry and to play the traditional baby shower games. With gender reveal parties, those questions haven’t necessarily been answered. We’ve put together a list of the most common Q & A’s associated with hosting and planning a gender reveal to make sure you feel confident in your party planning approach!

Q: Who hosts the party?

A: Considering the gender reveal is typically held in the earlier months of pregnancy and is the first official celebration of the bun in the oven, the parents to be often host the shower. After all, they are the ones deciding to announce the gender and share in the celebration with friends and family. While it’s most common for the expecting parents to host the event, it’s not uncommon for close friends and family to help host or play a role in the announcement (especially if the parent’s to be intend to be surprised by the gender at the shower, as well)!

A: For gender reveal parties, it’s unspoken that gifts are not expected. Since the purpose of the party is to announce the gender, many parents-to-be will not yet have registered for their little bundle, considering a blue or pink onesie would easily give the party’s secret away! If the invitation specifically lists a registry location, the parent’s may have opted to register for gender neutral gifts to give guests an option, but don’t feel obligated. The baby shower or upon the arrival of the new addition is the traditional time to shower the parents with an item from their registry or gift for the new arrival.

With this being said, don’t be surprised if many guest show up with a package wrapped for baby. Most people can’t resist the teeny tiny mittens or socks in the baby aisle, especially if it’s the first baby in the family or group of friends.

Q: I would really like to bring a gift anyway, but I am unsure what to purchase since the gender has yet to be announced. What should I do?

A: This is a common question. Too eager to wait and show your baby-driven excitement until the baby shower. We get it! Babies can be so fun to shop for, especially when everything is miniature! You have a couple of options. If the parents-to-be have registered for gender neutral gifts, play it safe and pick something from their list of preferred items.

No registry? No worries. You, too, can pick up a gender neutral gifts. Think a yellow, green, or neutral colored blanket or onesies. Or, if you know how the parents plan to decorate the nursery, a themed stuffed animal or book is a great option. But, if you can’t get the idea of the perfect little blue or pink onesie out of your head, then get both! Once the gender is announced, pick the appropriately wrapped gift (be sure to denote which one is which) and deliver to the expecting parents! Then, simply return the incorrect gender gift and chances are, you’ll be the party guest to give the first gender specific gift! Talk about bragging rights later on!

A: Absolutely anyone you wish to be! The baby shower is traditionally a more female guest list, as the shower is primarily hosted for the mother to be. The gender reveal; however, is an opportunity to allow both parents to partake equally. Many times, the gender reveal is a chance for friends of both genders to join in, since the party leans to a more creative, inclusive approach. Now is the time to include brothers, uncles, male family friends and let them celebrate the new bundle too, so don’t leave them off!

Q: What are some creative party themes or ways to announce the baby’s gender?

A: We’ve seen tons of fun and creative ideas. Check out these articles to help inspire you!

Q: When is the gender reveal party typically held during the pregnancy?

A: Thanks to advancing technology, the party can be held much sooner than in year’s past. Before, parent’s typically had to wait until their mid-pregnancy ultrasound (occurs between 16-20 weeks) to determine the baby’s gender. Even still, you had to cross your fingers for a cooperative baby who was willing to reveal their family jewels (or lack thereof) to confirm the gender. Now, blood tests can be done as early as 10 weeks, allowing expecting parents to ease the suspense - and plan a party! - much closer to even finding out they are pregnant. Learn more about the advancements in technology here.

We recommend having the shower before week 24, if you opted to wait for the ultrasound confirmation. Not only will you soon be competing with dates for a baby shower, but you're already halfway through with your pregnancy. If you can hold on to the secret of baby’s gender for that long, you deserve a medal! If you opted for the early testing, get to work on party planning as soon as you want. Many parents wait until the first trimester (week 12) is over to announce the baby and the gender reveal party is scheduled for shortly thereafter!

Q: We, as parents, want to find out the gender with our guests, not before the party. Any suggestions?

A: Absolutely. Part of the fun is finding out the baby’s gender in the presence of family and friends. Being out of the loop can also allow for excellent photographic moments when the gender is finally revealed. There are plenty of reveal ideas that allow the parents to be in on the fun. Most OBGYN offices will document the baby’s gender in a sealed envelope that can be passed off to someone else.

Cutting into cakes or cupcakes, where only the baker knew the inside color or filling, is an option… simply provide them the secret envelope at the time you place your order and be sure they know it’s a secret! If your idea requires the help of someone in attendance, say releasing balloons or purchasing blue or pink hued items, enlist a close friend or family member that can keep their lips sealed until party time! Many friends or family members will jump at the opportunity to be the first to know, too!