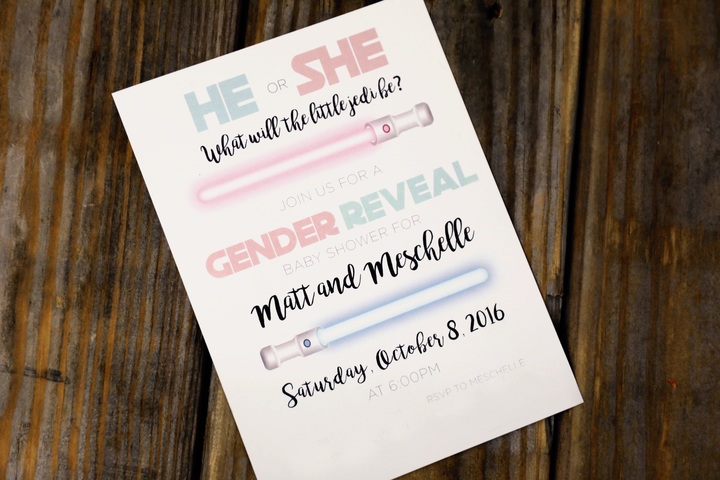 Invitations are the first step to having an amazing gender reveal party. Whether you send them through email or snail mail or use a template or make your own using twine and ribbon, here are fun ideas sure to grab your friends and family's attention.

But first, what is a gender reveal party, and why have it?

A gender reveal party is a gathering of friends and family with the purpose of finding out the sex of a baby together. Finding anything out about your soon-to-be child is exciting for a pregnant couple. But, few revelations are as climactic as the baby’s gender. Because there’s so much buildup, the anticipation makes the party.

The party itself is much like a baby shower, but unlike most baby showers, it includes the guys and kids, gifts are optional, and it ends in a climactic reveal of the baby's gender! Throwing a party is the best part of the entire gender reveal process.

When do you have the party? Is there a best time during a pregnancy?

We recommend having the shower before week 24, if you opted to wait for the ultrasound confirmation. Many parents wait until the first trimester is over to announce the baby and the gender reveal party is scheduled for shortly thereafter.

Who Should Attend The Party?

The gender reveal is a chance for friends and family of both genders to join in, since the party leans to a more creative, inclusive approach. Now is the time to include Soon-to-be Grandparents, brothers, uncles, male family friends, etc.

The Secret Benefit of Gender Reveals: Introducing the Extended Family

One of the less discussed benefits of throwing a gender reveal party is that you’re able to begin the process of getting extended family involved in the baby’s life before it’s even born. And, unlike baby showers, guys aren’t excluded by conventional rules.

Bows or bowties? Wheels or heels? Cupcake or stud muffin? Touchdowns or Tutus? Lashes or Staches? It's time for the invitations! 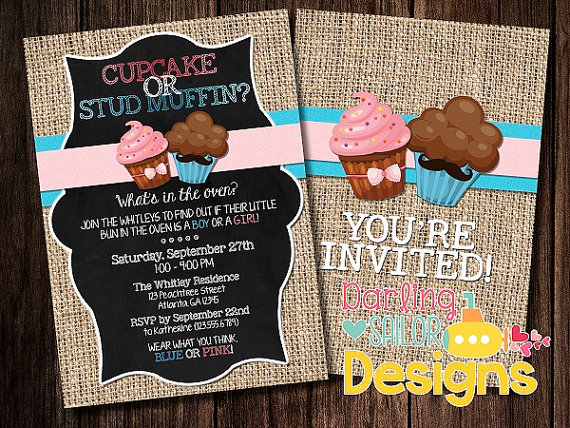 Etsy is a gold mind for unique, affordable invitations. We love these Cupcake or Stud Muffin invitation or the Fall Themed Gender Reveal invites. You can usually change the font color or even add your own photos.

If you don't want to go the traditional route of paper invitations, how about sending a magnet as an invitation? When you're stuck on the refrigerator, it will be hard for your friends to forget about you. Get inspired here. 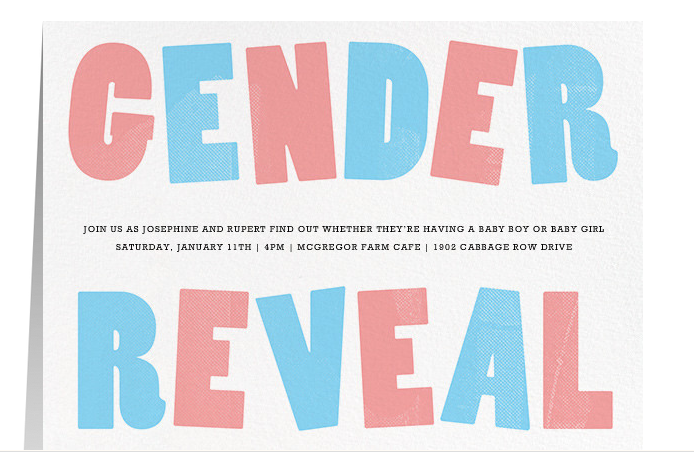 Today, people are checking their email all day long. If you're short on time and want your guests to get your invitation immediately, evites are the way to go. The fun thing about email invites is you can add fun animations and graphics to make them stand out in your guests' inbox. We love this animated invite from paperlesspost.com, a site full of creative online cards. 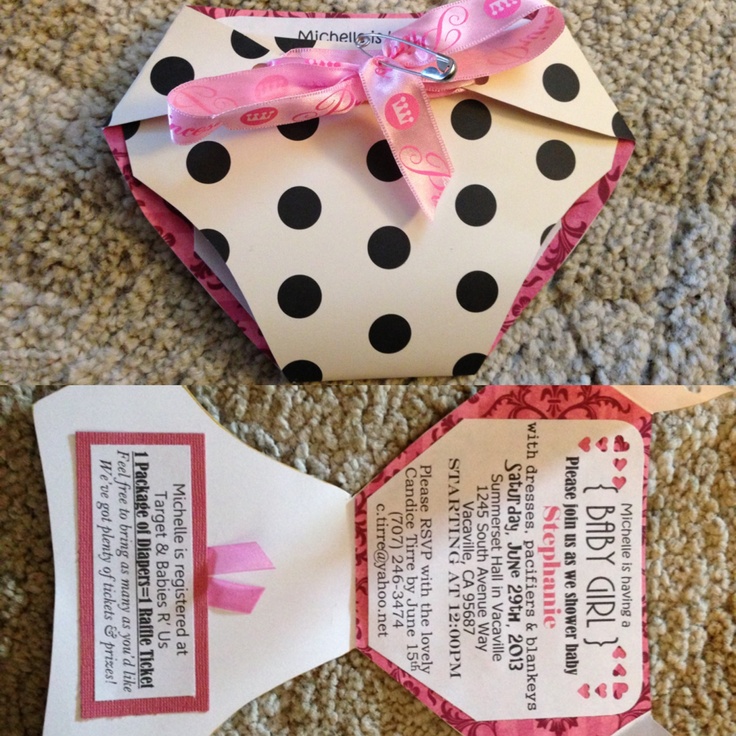 If you're the crafty type, DIY gender reveal party invitations are perfect. Use this Baby Diaper Card Template to cut and create adorable diaper-shaped invitations. Print the template onto US letter sized paper, then trace it onto pretty paper (e.g. scrap-booking paper). Double sized paper works best. To make the card, cut around the outline, crease along the dashed lines, and cut along the solid lines. Then just fold in the sides, fold up the bottom, and tie a ribbon through the slits, like in the picture below.

You can also have fun using all kinds of supplies including twine, ribbon, and bows. Scan Pinterest Boards for endless inspiration.

Throwing a Gender Reveal Party on a Budget